In connection with the possible "cheating" of votes and possible irresponsible answers, a distribution was made, from which all respondents with the title "student" were excluded. “Pupils” - accounts with the least number of questions, answers and points - are more likely to be participants in cheating and irresponsible answers than other accounts, since such an account is easiest to create as your second or third account. According to the results of the survey without "students" the most common salary in Russia was 16 thousand. 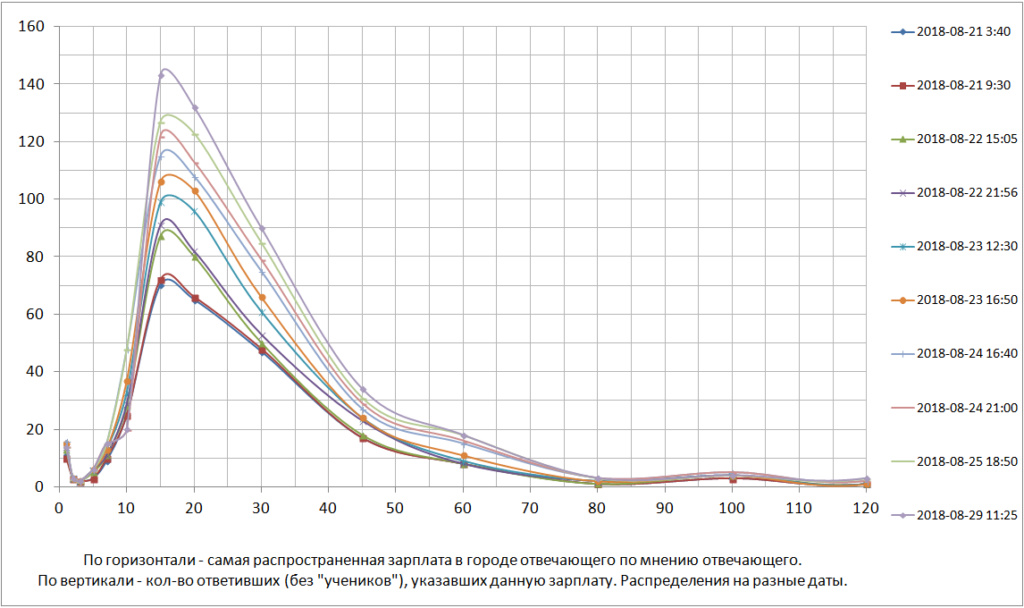 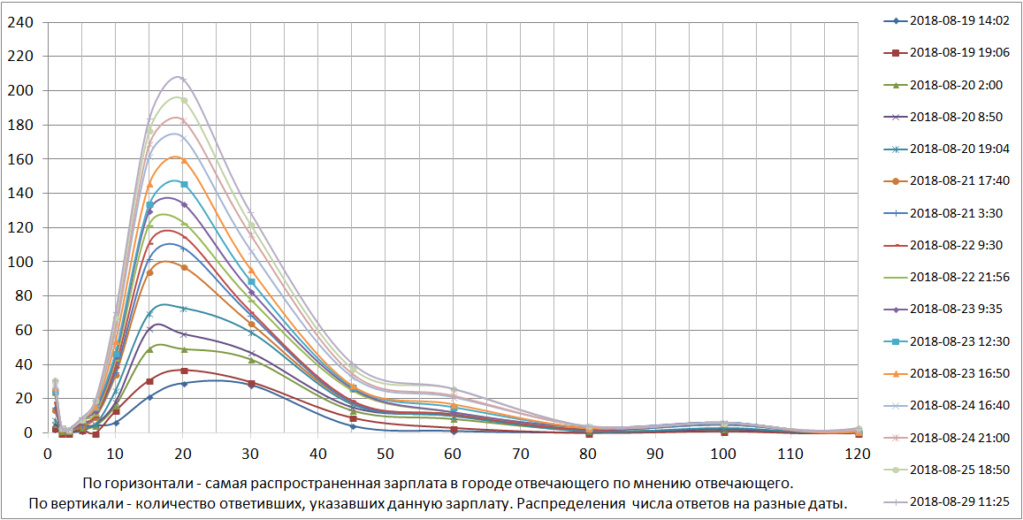 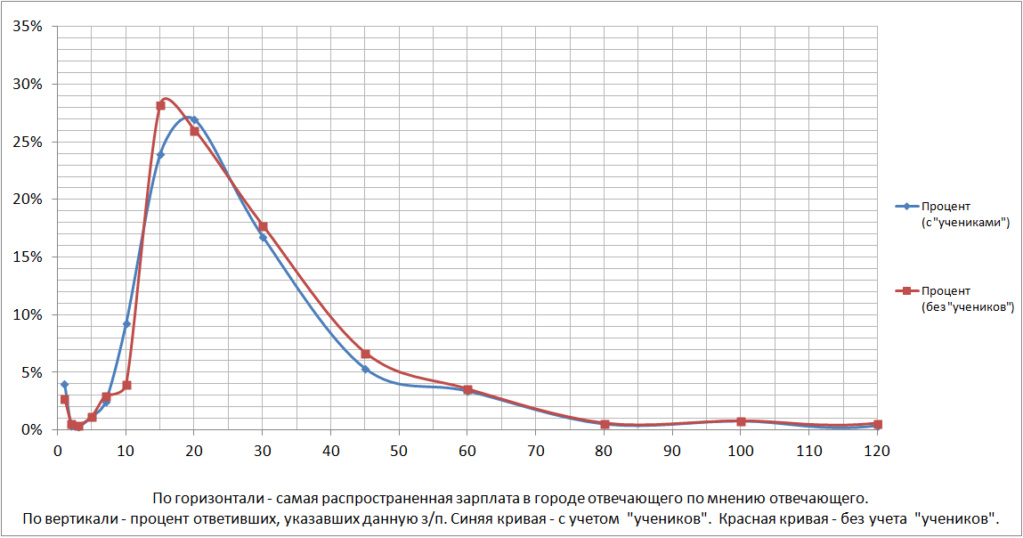 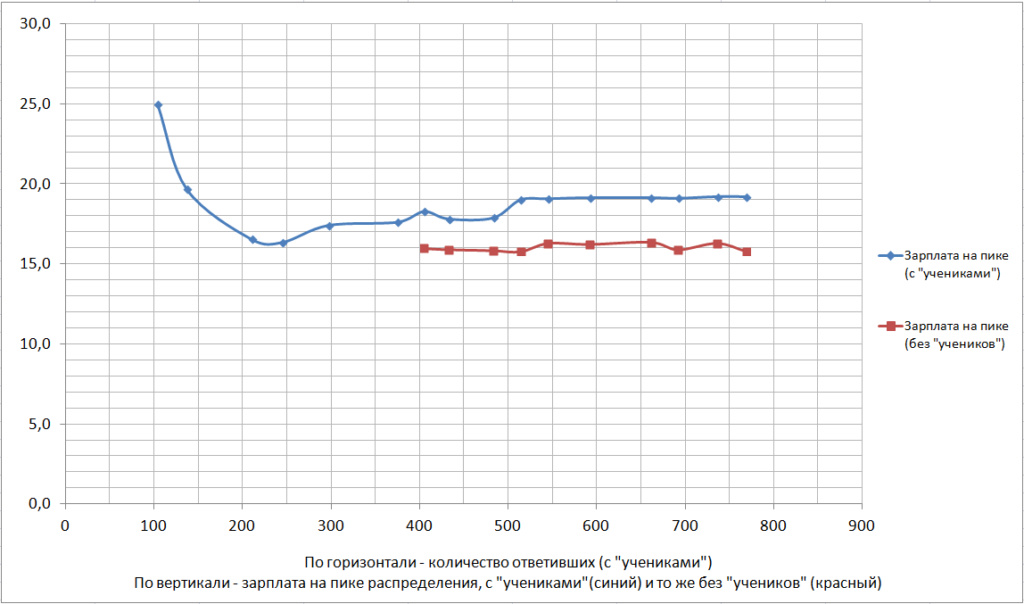 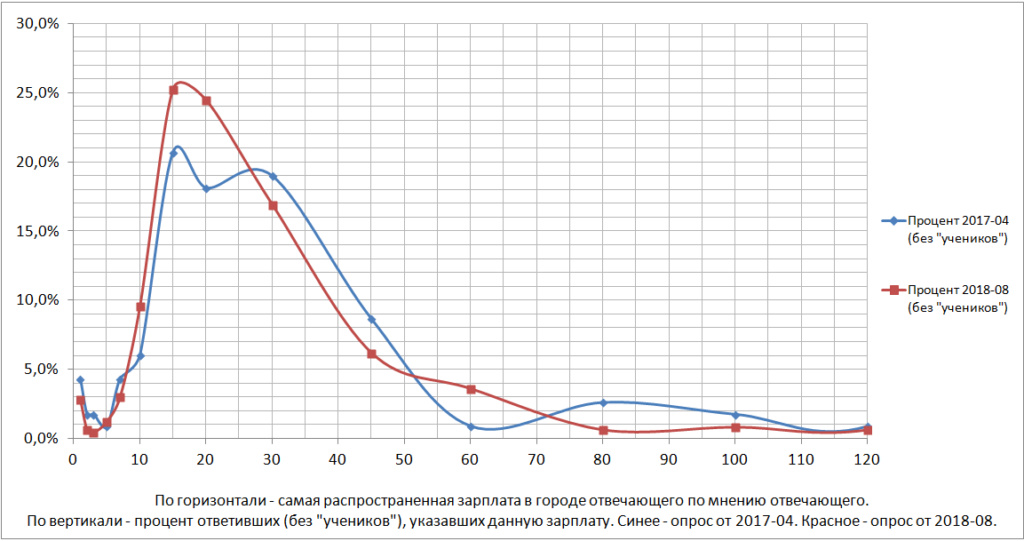 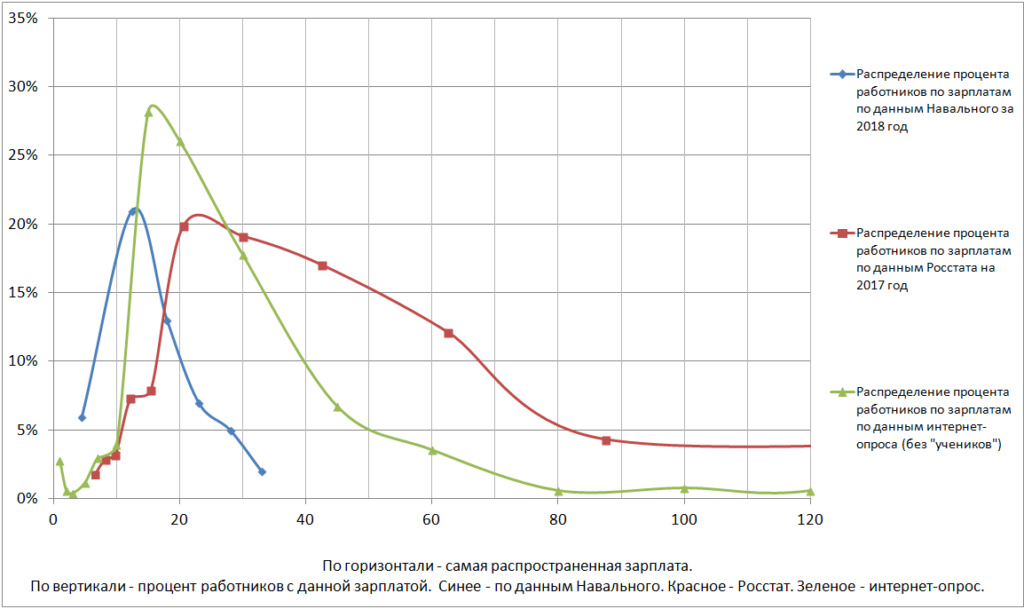 Due to the fact that there were a lot of answers "1,000 rubles or less", another survey was conducted: "Russians survey. How many unemployed job seekers among your acquaintances (pensioners, self-employed, housewives are not unemployed)?" ( https://otvet.mail.ru/question/210143174 ), which I will write later.