Today, Activision Blizzard announced that the game will be released on consoles on September 3rd. According to the developer, the game will be "imprisoned under the control of the gamepad", which, in principle, is logical. To this added dynamic console camera, update and simplify the interface and improve the sound, which " konsolschiki users consoles should feel right at home."
Among other things, many bugs that have surfaced over the past year have been fixed. Also, importantly, unlike the PC version, the game will not require a permanent Internet connection.

The game on both platforms will be translated into Russian, German, French, Spanish (Castilian and Mexican), Italian, Polish and Brazilian Portuguese, we will have itat a price of about 2000r . 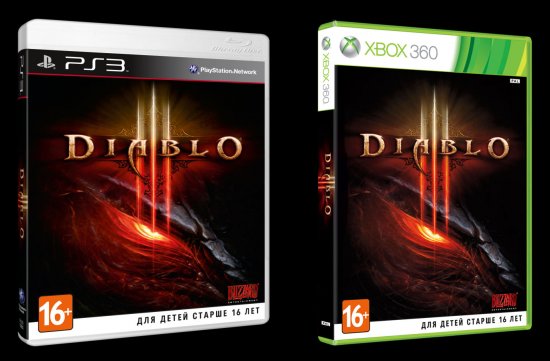 There is also information that everyone who places a pre-order for the console version of Diablo III will receive a helmet from the Underworld , which gives incredible plush. Console versions will have multiplayer for up to four players with an Internet connection, as well as the ability to play through the PlayStation Network or Xbox Live, and even play on the same device with a split screen.

Is there a video:

PS It is known that the game will also be released for the PS4 and Xbox One, however, the approximate release date has not yet been announced.

Will you buy a game?