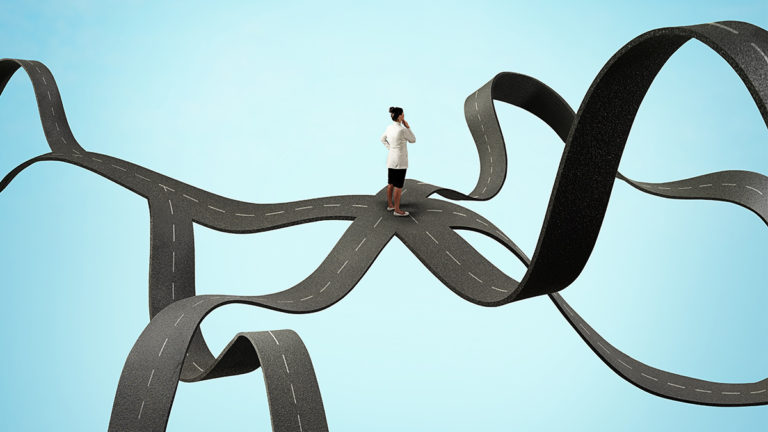 By the tone of his voice, it was immediately clear that the vice president of technology was unhappy. He practically growled at me. He had just finished talking with a job seeker named Anand, whom I had sent to him, and called me to report his refusal.

Just a few minutes before, Anand called me and enthusiastically told me how wonderful the interview went. He was interviewed almost all day, he met with various leaders from different parts of the organization, including, in the end, and the vice president (VP) for technology. I helped this company create a new “platform” strategy, so I tried to identify suitable candidates for working in it, and decided that Anand would fit in perfectly.

However, the VP and Anand had surprisingly different opinions about their meeting. Anand said that he asked much more questions than usual, clarified detailed information on the strategy, which helped him to understand the complexity of the task facing the company. All conversations with the staff seemed to him enticing and full of ideas. VP told me that the questions Anand asked seemed “too annoying” to him.

This is not the first time I have heard a boss say that a perfectly suitable candidate seems to them to be “unsuitable”. Too often candidates are rejected because they don’t fit into a particular pattern - in one surveyfound that 75% of resumes do not go through an automated candidate sorting system (ATS). When discussing this problem with VP, I found that he decided that Anand had all the necessary skills and experience, but found his questions annoying. He said: "He asked us a bunch of questions that the team could not answer." His claim of “unsuitability” by Anand actually meant “I don't like feeling uncomfortable.”

For innovation and training, you first need to know something long enough. How can you create something new if you cannot come to terms with the fact that you don’t know the answers to all the questions? The future is not created by itself, it is created by joint efforts. Leaders need to assemble teams capable of both asking the right questions and finding new answers.

Instead of being annoyed by the questions asked by Anand, VP had to meet them with open arms and ask him counter-questions. This is the value of the interview. The employer wants to know what skills and experience the candidate has. The candidate uses the questions to learn more about his position, superiors and company, and evaluate whether this job is suitable for him. Here are what questions the VP could ask - and what questions you should ask - so as not to deny a suitable candidate based on incorrect criteria.

Questions that reveal opportunities, not just experience. Are you asking questions to find out what a person is capable of, or are you looking for confirmation that the person was really doing what is written in the resume? A few years ago, my colleague asked me to evaluate the correctness of their vacancy as an expert on social networks. At that time, Twitter did not exist for more than a year, and when I looked at their job descriptions, I started to laugh. The first line read: "10 years of experience." Often we use useless metrics to evaluate what has already been done. If we ask questions about the duration of the experience, we can find a person who did what we needed. The downside of this approach is that we risk limiting our ability to create something new by doing what has already worked. Instead of asking, “Did you do A or B?” you need to ask, “How would you approach task B or D?” By changing the question, you will be able to evaluate the candidate's capabilities.

Unfortunately, approximately 77% of all vacancies (60% in the USA and 80% in the world) do not require creativity, decision-making or independent judgment. But if you are working on innovation, you need someone who can think with you. By focusing not on experience, but on abilities, you increase the chance of finding such a person.

Questions that assess the candidate’s ability to collaborate. When I asked the teams that I had been working with for the past ten years, why their last strategic project failed, rarely does anyone say that the team did not work together. But they say that cracks appeared in the team - roles that were not filled by anyone - and not one of them could fill them. Work, like the world, is changing rapidly, and team members cannot stay on predefined roles all the time. The team should focus on new territories together. You can ask the candidate a question: “What would you do in a situation when you find tasks that none of the team members perform?” Interviewees are usually advised to use the word “I”, emphasizing their role in the work, but I think that the word “we” more realistically describes the work process. Find out, how they would feel if such a situation arose. Would you be proud to close this situation? Worried about her appearance? This will help you understand if you are dealing with a team player, or with a know-it-all. You need to find people who can work as a team, closing gaps that appear between predefined roles in order to do the necessary work.

Questions that reveal what they like to work on. If you hire people to work on innovation, you need to find out what a person can bring with him to work. Ideas do not appear in a vacuum, they develop by combining unrelated elements. Knowing what is dear to people, you can combine people with different approaches that can achieve one goal. In building such relationships, innovation is born. However, people need to unite around a common goal and focus on what makes sense to them. Ask the candidates: “Why did you find this project meaningful? What does this success say about things that are important to you? ”People want their mission to fit into the organization for which they work. And your job as a leader is to combine this mission in the right way, so

Too often, leaders reject suitable candidates, not knowing how to hire people to collaboratively solve problems. It is easy to forget that the leader’s job is not to know the answers to all the questions, but to create the conditions in which the team can learn and invent something new.

As a result, VP hired Anand, and together they realized their goals.