I wanted to share with you my latest mini-project: three-dimensional visualization of all npm. The universe looks something like this: You can fly with the WASD keys, or if you watch it from the phone - just rotate the phone around (the phone must support WebGL).

Many packages in the center, depend on monsters like lodash, request. A lot of isolated packages that form the asteroid ring: 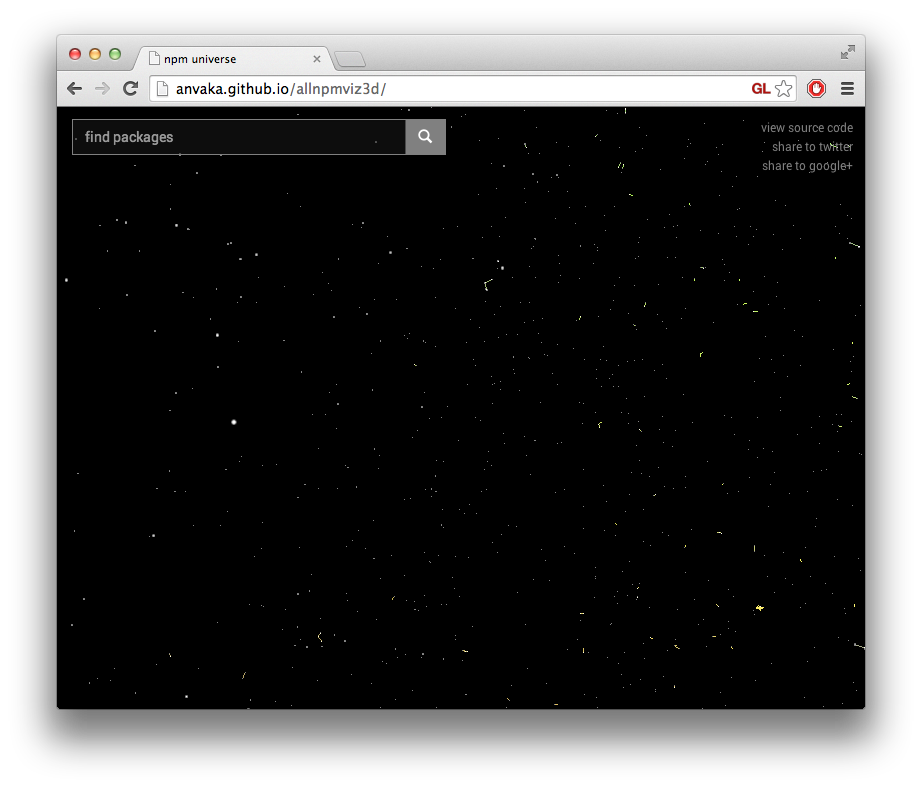 All sources are here:   github.com/anvaka/allnpmviz3d/
An interactive version is available here: anvaka.github.io/allnpmviz3d/

I hope you will like it! Under the cutter a little technical details on how this is done