About a year ago, I published the article Variator for Moskvich , in which I talked about an attempt to create a continuously variable transmission for the Moskvich-2141 car. The article was well received by readers of habr.com , its discussion turned out to be very interesting in my opinion, there were requests to write its continuation.

During this time I managed to find in my messhome archive some materials on the control system, in particular photographs of a prototype of an electro-hydraulic control unit and a torsion torque sensor. Unfortunately, the prints are of very poor quality, the photo is out of focus and blurry (it was shot on film, just to fix the fact of the work performed), but I thought this was not saved. Maybe someday I will write about this, but unfortunately this article turned out to be about something else.

I worked for about 30 years in the automotive industry, of which 14 years at the Automobile Plant named after Leninsky Komsomol (OAO Moskvich, AZLK), and 16 years at OAO AUTOTOR, in positions ranging from design engineer to chief specialist.

During my work, I made about a dozen inventions protected by copyright certificates of the USSR and patents of the Russian Federation. Most of them are related to an automatic continuously variable transmission and its control system, the rest are related to a conventional transmission (including four-wheel drive), car clutch, a swivel seat for a disabled car , etc., some of them were introduced into production. Various incentives and awards were received during the work, including the medal “For Merit of Labor” (account number 227 of the heraldic register of the Heraldic Council under the President of the Russian Federation).And I was absolutely sure that all this, combined with the experience of over 25 years, should give me the right to apply for the title of “Veteran of Labor” of the Russian Federation. In principle, the same thing was confirmed to me in words in the social welfare agency, which I turned to 10 years ago on a different issue, but said that I need to draw up closer to the "old-age pension" (see above), having a work book in my hands, but for now It’s too early to submit documents, so I was not in a hurry.

At the beginning of 2015, for a number of reasons (beyond the scope of this article), the work book was in my hands, and there was suddenly a lot of free time, so I finally decided to apply for the title “Veteran of Labor” and submitted the appropriate documents to the department social protection. However, I was refused this with the wording that the award decision was signed by me by the chairman of the interdepartmental committee, and it should have been signed by the minister, director of the federal service or the state committee (apparently not of the interdepartmental, but of the office itself, “with with a cold heart, a clean head and hot hands ”), but patents for inventions and copyright certificates are not taken into account at all. In the department of social protection, they make a helpless gesture during an oral conversation, they say in words that they previously awarded the title “Veteran of Labor” even with only two copyright certificates or patents (however, the official answer does not mention this, “Oceania always fought with Ostasia” © ), but in this case they can’t do anything, because the decision is made “above”, and they can’t influence it in any way, and if I submitted the documents a little earlier, then everything could be different. Well, the fact that they themselves advised to wait was "it was necessary to insist."

To say that I was shocked is to say nothing. There was a feeling that while I was working, they simply used me, and when I was not needed, I was thrown out like waste material.

Kremlin.ru Residents from the head of housing office

In the following years, I tried many times to apply to various authorities, including through kremlin.ru, however, from there the request was redirected to the same Ministry of Social Protection (but this time the republican one), from where about the same answer was received. In general, everything is as in the well-known monologue of M. Zhvanetsky performed by G. Khazanov “To residents from the head of the Housing Office

At the end of 2016, I applied for legal assistance at the Garant Legal Support Center, where I was assured that it was their specialty, that the business was 146% successful, and they suggested that I first try to contact the Ministry of Social Development, and if they refuse, then file a lawsuit.

The Ministry of Social Development of the Moscow Region also refused; After that, a lawsuit was filed with the Khoroshevsky District Court of the city of Moscow (at the place of the legal and actual address of the Ministry of Social Development of the Moscow Region ).

And then the one-touch judicial ping-pong began The most humane court in the world

In November 2017, the Podolsky City Court nevertheless accepted the statement of claim, however, it handed it over to a judge who had been ill for many months and was unlikely to recover by the time of the court hearing. What actually happened. After that, the statement of claim was transferred to another judge (the waiting period is canceled), so the court hearings took place only six months later, in April 2018.

At the first meeting, everything seemed to be in our favor, Judge M.V. Gavrilova seemed to agree that the initiative is punishable, it is necessary to encourage an innovative approach to work, 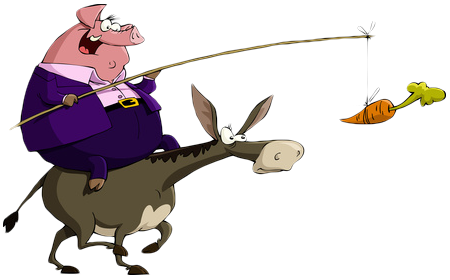 however, a representative of the Ministry of Social Development of the Moscow Region (WTF, the one that could not be found at previous judicial stages!) was suddenly invited to the next meeting as a co-responder, and as a result, at the last meeting in April 2018, the lawsuit was dismissed . Note : The court decision says that I did not appear at the hearing, although I was notified. In fact, I was not notified (neither by mail, nor by E-Mail), notifications of court hearings were received only by my lawyer. Despite this, I still came to the meeting, but for some reason I was not invited to the courtroom.

The appeal to the Moscow Regional Court was also not satisfied.

For some reason, the lawyer did not file a cassation appeal.

And finally, the cherry on the cake.

In April 2019, I tried to contact the Ombudsman near Moscow. After a while, they called me from there, and during a rather friendly conversation, it turned out that all this was a disgraceful form (I didn’t even try to argue with this), that the lawyer was to blame to a large extent (it is possible that it is, but, like the case with the doctor, how this can be clarified before starting a business, especially if before this half a century of my life I have never dealt with Themis: “Be careful of cheap fakes, buy expensive fakes”), you had to contact them immediately (but how is it could you predict? Or to them for any questions s should immediately contact?), but now it's too late (protection of rights is a shelf-life), but not all is lost, and you can ask the Minister to award me any medals for his signature.

From a telephone conversation, I decided that they were ready to help me somehow (well, after all, human rights, and indeed they themselves suggested contacting them), but after a while a written response came, and ... It turns out that the Russian Federation has a Constitution, according to which the power in the state does not belong to some fabulous character and its administration (as some citizens mistakenly believe), but is divided into legislative, executive, and judicial. Moreover, these very legislative, executive and judicial authorities are independent (who would have thought!), Respectively, the court exercises its power independently, regardless of anyone’s will, obeying only the law ( “Dura Lex, sed Lex” ), and any interference in the activities of judges in the administration of justice shall be prosecuted by law. Oh how!

Well, and since this is so, then there is no violation of my rights.

To understand this, apparently you need to perfectly master the doublethinking of the Angsots (value judgment) from the novel "1984" by J. Orwell which alas (fortunately) is not available to me.

Well, in the appendix in order of information: Regulation on the medal “For Labor Valor” (from October 2016, that is, later than the start of my epic). However, there is nothing written on all 11 pages about self-nomination to award himself with such a medal, but this is apparently insignificant trifles. In the end, the paper will endure everything, and you can nominate yourself not only for the medal “For Labor Valor”, but also for example the Nobel Prize, the chances in both cases will be approximately the same.
The main thing is that the orderlies did not fix it before.

In the best case, the answer looks like trolling, or prank prankers (however, the phone and e-mail are real), but in the worst case, they really think that it is quite possible to do so (value judgment).

The paradigm of “Dura Lex, sed Lex”turned into “Everything is his own, a stranger - according to the law” © (value judgment) Alas, I could not cope with the second task ...

Such things ...PS The proposed vote is based on the systematization of the answers that I heard when discussing my problem. Known maxims and quotes were used, including from the works of J. Orwell

What is your value judgment on this? [you can select several options]