Earlier last month, Apple ’s capitalization broke through a trillion dollar mark, and more than half of the company's revenue comes from the iPhone. Apple updates its line of smartphones traditionally in the fall. There is nothing surprising in the fact that both fans of electronics and stock analysts, as well as representatives of the Android camp, listen to the two-hour presentation. Sometimes manufacturers of androidophones borrow some technical and design solutions, while not always successfully .

The beginning of the autumn presentation of this year is scheduled for September 12 at 20:00 Moscow time (at 10 am local). The show program expects three smartphones, another generation of Apple Watch watches and other updates. Unfortunately, the rounded vaults of the Theater. Steve Jobs in Cupertino will not be able to accommodate all the millions of people interested. As usual, the video broadcast of the presentation is available on the Internet . Inside this post is a text translation of the event.

On August 30, two weeks before the presentation, the press representatives received invitations to it.

Apple traditionally hides in the design of invitations hints of advertised products. This year's design is lacaonic. A few concentric gold rings of different widths on a uniform black background are accompanied by the slogan Gather round (“gather around”). Perhaps this is a hint of the shape of the campus Apple, perhaps this is an indication of the form of entry into the Steve Jobs Theater, where the presentation will take place.

The slogan can be the first line of the lyrics of Bob Dylan, which Steve Jobs quoted in Macintosh historical presentation in 1984. Can it happen that today Apple will show something breakthrough, and not just product updates?

By the way, on Habré there is a small story about Apple Park and the Steve Jobs theater . The company spent $ 6 billion on new headquarters.

For the first time, the Theater was used a year ago, on September 12, 2017, for the presentation of a new product . Then Apple introduced two versions of the iPhone 8 and iPhone X.

An overhead transparent dome is only an entrance to the Theater. The hall where new products are shown to journalists and bloggers is underground.

Leaks form a good picture of what will be announced. Of course, Apple is far from Google, which has lost a whole drawer of smartphones, some of which then migrated into the hands of reviewers. Pixel 3 XL became so recognizable that a taxi driver, forgotten in Lyft, easily recognized it as a still unreleased Google smartphone.

- Today, three models of smartphones will be presented, rather than two, as has happened since 2014.

- All three phones: A12 chip, made on the TSMC 7-nm tehprotsess. Rumors say that only TSMC will supply this system on a chip. Hopefully, a virus attack did not prevent production .

- All three phones: FaceID and frameless.

- Perhaps some phones will be dvuhsimochnyh. Rumors say that not all models and not in all markets will support this.

One of the leaked images 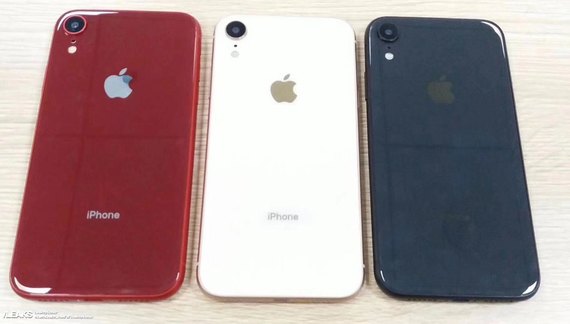 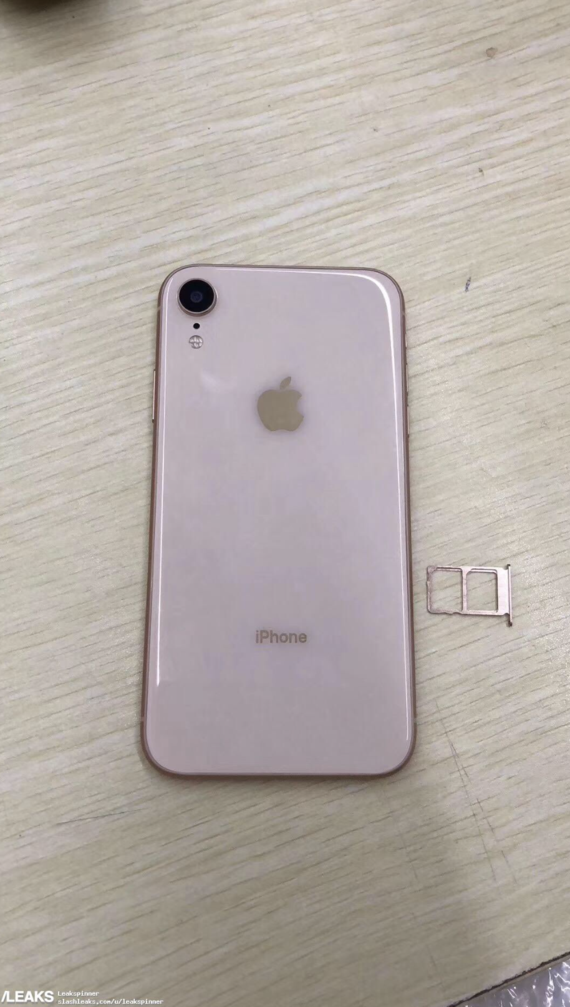 Of course, all this is unconfirmed information. Rumors will be confirmed or disproved within a couple of hours.

In the beta version of WatchOS 5, it was noted that the new watch may have a resolution of 384 × 480, and not 312 × 390 Series 3 pixels. Probably, the watch will also become completely frameless.

Screens will grow. Rumors say that the smaller version will reach 40 mm instead of 34 mm, the diagonal of the more expensive model will be 44 mm, not 39 mm.

Perhaps the new Apple Watch will disappear mechanical buttons. They will be replaced by touch-sensitive touch buttons that do not move.

Apple's online store has traditionally closed. It always happens when new items appear in it soon. 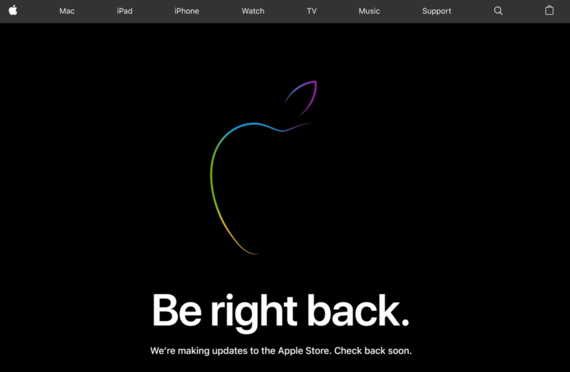 On the one hand, there are rumors about the release of a new version of the iPad Pro. On the other hand, there is no mention of it in the leak of the Apple site map. Perhaps the three-smartphone presentation will not be overloaded with tablets and a MacBook and will transfer them to October.

Apple will certainly tell you about AirPower's wireless charging. Perhaps it will appear on iPhones and AirPods headset charging case.

Before the demonstration of devices, we will hear news about software. For example, Craig Federigi with a quarter of an hour will torture our nerves with the success of iOS 12, tvOS 12 and watchOS 5.

A little more than an hour is left before the presentation. Journalists are slowly stationed closer to the entrance to the Steve Jobs Theater.

It's still morning in Cupertino. Tim Cook wakes everyone up from Twitter.

Apple for recycling. This time, cardboard badges instead of plastic.

Less than half an hour left before the presentation. Already soon, Apple Music will play on the broadcast page .

What is common to the temperature in Cupertino on the Fahrenheit scale and the dollar to ruble rate? They rise to seventy and above. Do not forget that the cost of new products should be transferred at the rate of 70-75 rubles per US dollar. 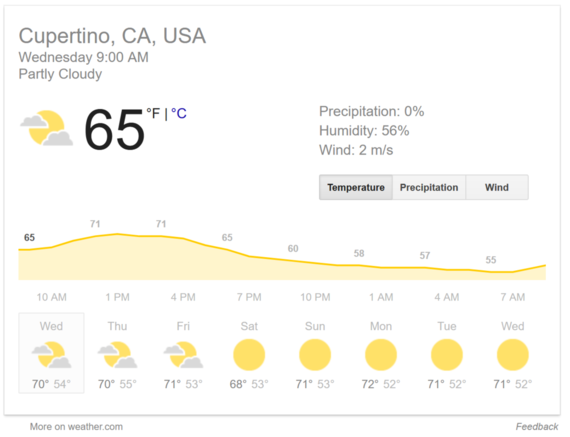 If you are reading this text in a modern browser on a computer with a modern operating system, then you can probably also view it by reference. The times when she only worked on Apple devices in the past. Chrome and latest versions of Firefox also support the necessary technologies.

The video shows how journalists are invited into the hall. 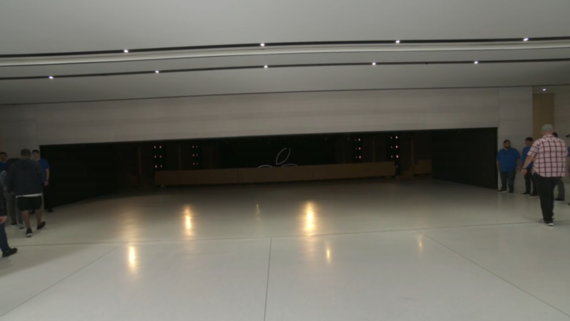 On the screen in the theater, Steve Jobs is now showing a video of a girl running along Apple Park with a suitcase in her hands. Under the musical theme of Mission Impossible. Probably there is a new iPhone. 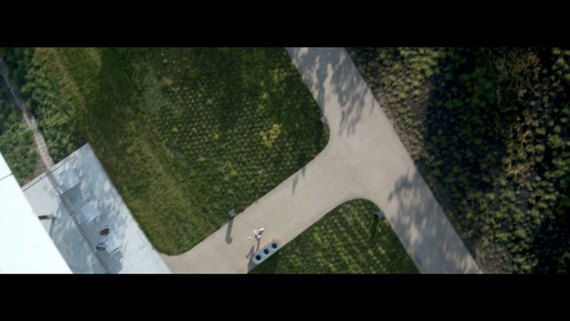 Ha! There was a clicker for the presentation. Just!

On stage, Tim Cook. Behind is the Apple Park logo. Get ready to listen to the story of how Apple came from the first Mac to a trillion dollar estimate. 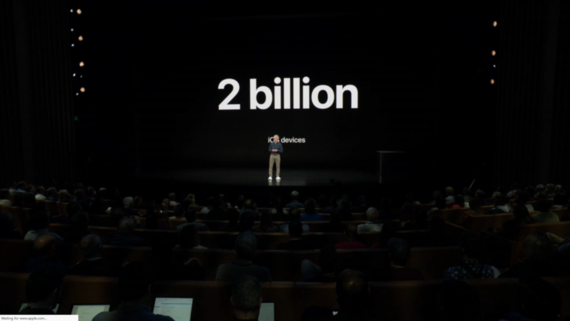 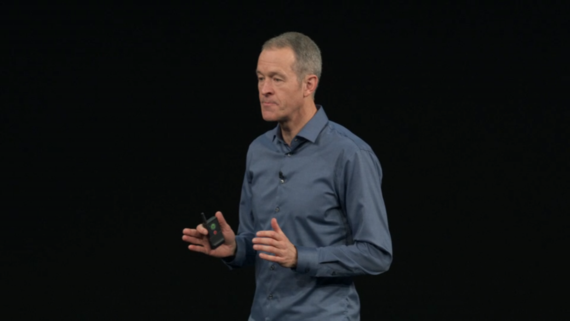