High Algorithm - Distribution of Algorithms by Levels of Difficulty.

The proposed article provides arguments for the specialization of algorithms by levels of complexity. 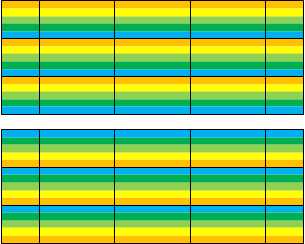 For algorithms, Domingos offers a chain of five varieties of algorithms, each of which can evaluate a different algorithm at a certain stage of the study. This article assumes that the algorithms logically follow one after the other. To ensure such a sequence, a pair of algorithms (Bayesian and evolutionary) had to be swapped, and also to change the entry point to the family of algorithms. In the proposed model, the chain begins with processing using the Bayes theorem.

I will give the main sections (levels of complexity) that can be explored to improve the interaction of existing algorithms.

Supergroup - sections of the classification of applications:

Let's start with a level about which little is currently known - whether the strings fly there, or dark matter.

laws of evolution are confirmed in the animal world, but evolutionary algorithms also apply to the microworld with the macrocosm. For example, the rotation of one object around another.

By the energy according to Einstein's formula, both matter having mass and weightless photons are reduced.

Information properties largely outpace the appearance of a substance. Information includes not only entropy, but also such properties of the Universe as space and time.

Systems with elements belong to the static level. There are a large number of artificial systems, but geology and astronomy are also involved in natural systems.

Synergistic phenomena in which a person controls the elements of inanimate nature to change the habitat, allow you to organize the living space in accordance with the needs.

The ability to unite "by interests" of the

With further complication, the rules are fixed and specialized bodies appear to monitor the rules.

When approaching the limit of the population there is a need to control activities that support existing environmental systems.

As humankind (or artificial beings) works, it becomes necessary to expand the occupied territory, which now leads to attempts to conquer outer space.

exchange of ideas to expand knowledge is similar to the mechanism of animal evolution.

As the number of ideas increases, the need for their classification increases.

After classification, it becomes possible to determine the reactions of class members to environmental changes.

General - Cosmic - Symbolic - definition of the laws of nature

It is possible to optimize living and non-living nature to favor the development of nature and society.

The beginning of the next round of studying random manifestations is possible.

It is assumed that this set of attributes constitutes a necessary subset for applying known machine learning algorithms. Using the table of levels of complexity allows you to test the hypothesis of supergroups, subgroups, levels of complexity on data posted on the Internet.