I'm not guilty. He came 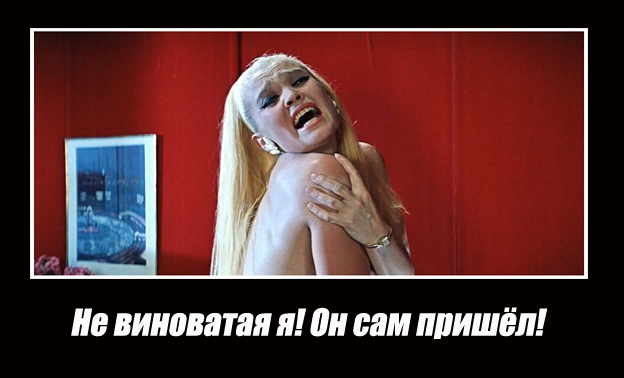 I somehow missed a bit of the article and the whole surge of discussions and criticism of Xored. Therefore, I will catch up.

Xored is the best place to work, with its unique culture, unique approach to growth and an open payroll. Interesting tasks, excellent close-knit team, flexible schedule, the possibility of partial work, and much, much more. In recent years, the company has grown to 110 people. With all this, she retained good salaries, and interesting projects, and team spirit.

Xored was the best place to work until the end of April 2017.

I want to shed some light on a respected (in narrow circles) person who is not to blame for having got developers in the Prague office.

As he wrote above, all problems began in April-May when Comrade. Andrei P. (“neh ** evy engineer”, but according to the situation in the company, it’s clear that an extremely fucking leader, about the engineer is not proven), returned from the Cote d'Azur and fired the CEO (and now I understand how excellent the manager is lost Xored).

I assembled the entire HQ office (there are 4 offices in the company). And he said, I quote: "The company is settled." She was convinced, allegedly by a bunch of "superfluous" people who were not paid by customers, who were financed by the company itself. And people who are supposedly overrated, as in prof. plan and financially. Yes, and a bunch of accumulated savings somewhere suddenly disappeared. Who's guilty? CEO. Dismiss CEO and all the superfluous. Naturally without abbreviations.
And how to reduce staff from 110 to 80?

As part of this meeting, Platov shared the idea of ​​the so-called black mirror system - similar to the system from the series of the same name. In it, engineers will evaluate each other. Will this be happening? - By comparing your colleagues with each other - who is cooler and who would you take as your team. Worst developers will be fired.

Of course, many people did not like this idea, since it is meaningless and that’s why:


Those who debated and criticized the black mirror were dismissed, morally humiliated (they took the team, publicly insulted that they do not understand anything), or they began to actively dig and invent various claims under them. Although Platov himself called for an open discussion of everything, but in fact everything ended as it ended.

Offered a lot of ways to solve the situation with "extra" people:


But all this was rejected, apparently, the dream of a black mirror took possession of the mind of the founder.

The tension and nervousness in the company grew, everyone was demoralized. And at the moment, nothing has changed, everything is also on needles.

But the most interesting thing is that after half a month, without even cutting 30 people (we all remember that 80 employees pay and there are no attendants in the office), the company began to intensively search and hire new people who are ready to work for less money. It turned out that there are far fewer unpaid people than 30, and as such there is no problem at all.

Let us return to the word "settled down" - apparently, it was Andrei P.’s fantasy, since he did not explain anything intelligible about it.

Further more - the thought came to Andrei P., “But should I also lower the salary level for the employees and reduce the number of posts”. In order to get rid of the mercantile.

Moreover, this was done with the statement that Xored has large RFPs, which is supposedly bad. They warmed, as he called "passengers," who needed only money. And in order to exclude such obviously bad company cells, everyone needs to lower the RFP. The testers got the most, the PO was reduced by 2 times, after which they left - apparently, they were "passengers", and did not agree to support the work for the idea. Here are the weird ones.

ZP was, indeed, above the market, now - no. As throughout the text there is one BUT. You have to work a lot, really a lot. (No one is limited to an 8-hour working day).

Weekend work is paid for on the same traffic as on regular days. But even this suited everyone because of an adequate RFP and friendly team spirit.

So, the black mirror is working. Employees took an “honest” position corresponding to their skills. POs were lowered. After that, the outflow of “passengers” began, but in fact - competent engineers, which continues now. Former employees get a job at JetBrains, Yandex, 2GIS, Google, Microsoft, go abroad or settle in other Novosibirsk companies.

It’s very interesting how people get fired. More often, the dismissals are related to the fact that Andrei P. did not like one of your statements or you asked the wrong question. Nobody considers you as an engineer, doesn’t even try. Dismissals do not occur according to the Labor Code of the Russian Federation. There are no reductions, but no justified reasons for dismissals. There were cases when only half of the salary paid for failure to complete the probationary period.

I will describe several cases of dismissals and this is far from all.

The employee wrote a comment about the reduction of the salary that Xored has always been famous for its salaries. After half an hour, he loses access to corporate mail and messenger. Next, VPN and WiFi are cut down. An employee goes to the system administrator, who tells him that he was fired. Why? - Think for yourself.

The following case. The employee fell ill, decided to take time off. After which he was fired retroactively. I took time off due to the low official salary (now, by the way, they have raised it).

A little about the statements of Andrei P. about former employees who work in Google. With most of them, the company did not part on a good note. And this is also an indicator.

Each office has its flaws - but when everything is really based on trust, you can work. In Xored, there is no trust now. Every day you are waiting for a surprise. And you don’t pay attention to the reputation when employees are satisfied, but how many of those satisfied with their work at Xored are a mystery.

The justice that Andrei P. spoke of is none. His office, he created it. He drags her to the bottom.

This article would not have existed if there had been an adequate reaction of Andrei P. to the post of Adamovsky. Now you have another picture about Xored, think for yourself who is right and who is not in the story of Adamovsky.