Re: Virtual store in the Korean subway

On Habré there was already an article about a virtual store in the subway of the city of Seoul, South Korea. Finally, there was time to go personally to the Seolleung station and prepare a little more detailed photo report and share your impressions.

Showcases of a virtual store going into the distance. 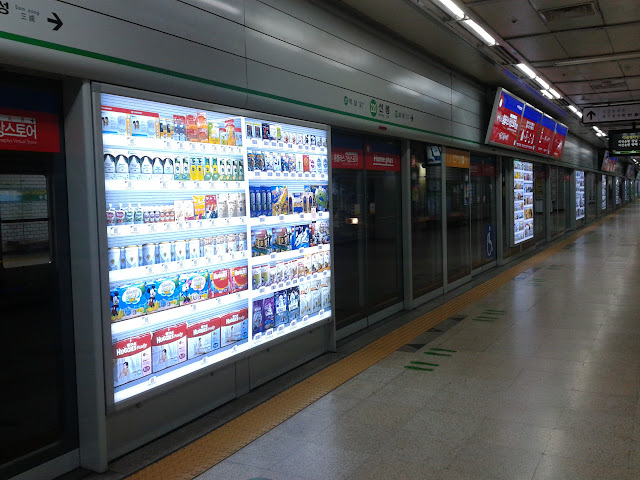 In fact, it turned out that the store was deployed only on one of the two platforms of the station, and only about a third of the windows were given for the store, and they are all on the edge.


And so one of the windows with instructions above it looks. 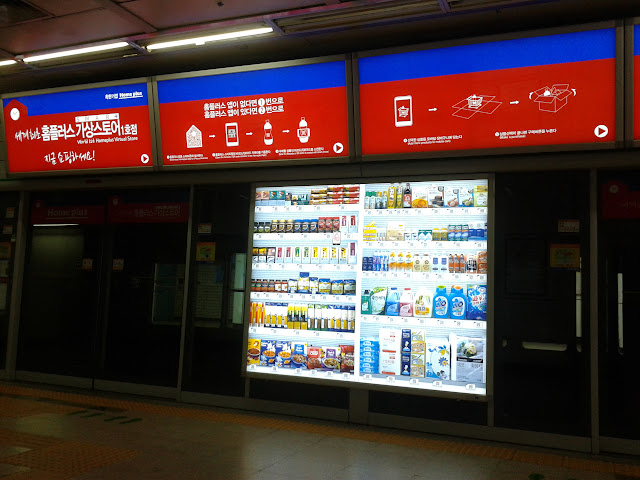 If the store application is already installed on your smartphone, then you can safely start scanning QR codes for the items you like and put in the basket.

Prices by the way on the window are not indicated. I wonder if they correspond offline. 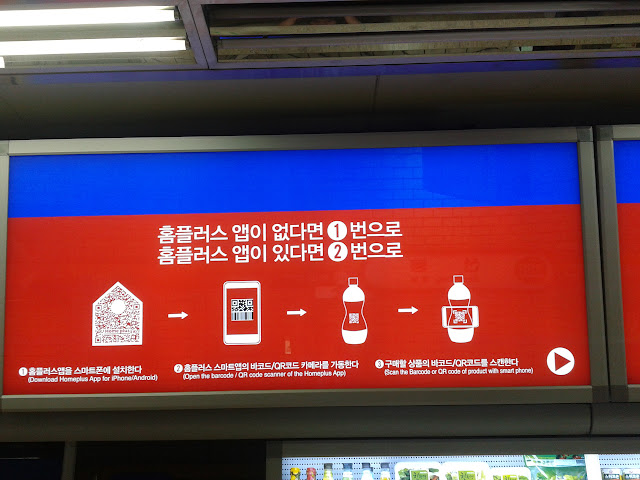 And if the application has not yet been installed, then you can install it by scanning such a phone that comes across among the goods. 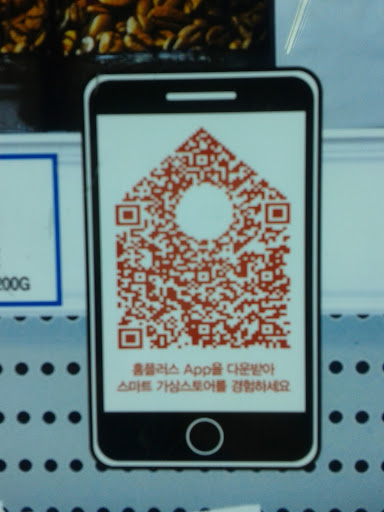 After payment, your order will 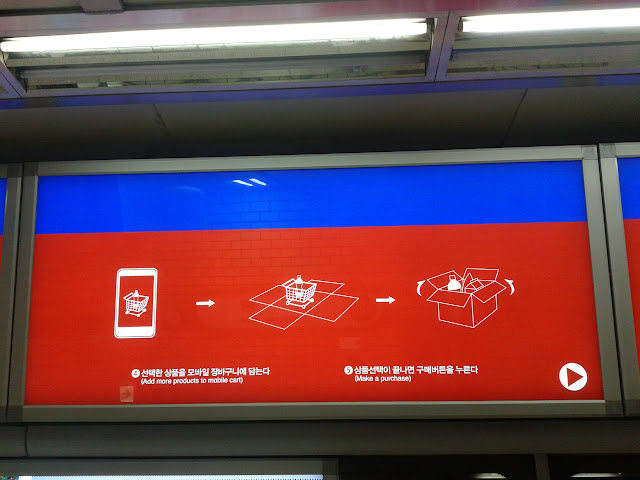 be packaged and brought to your home. 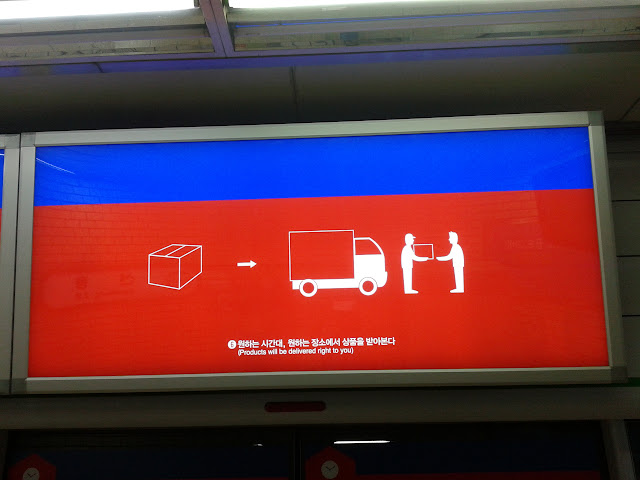 On a similar machine. 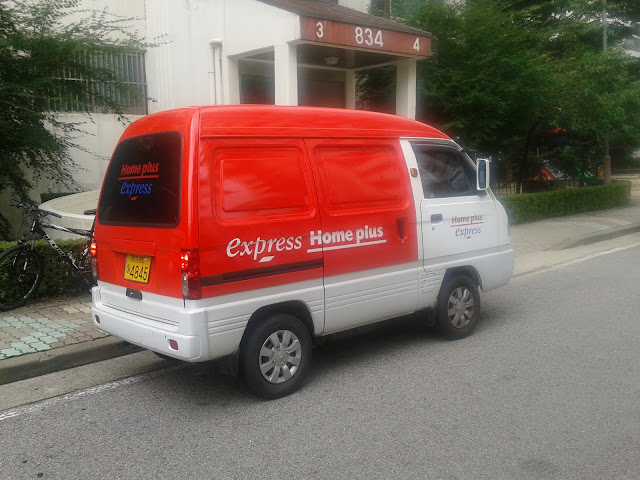 Further, anyone interested can get acquainted with the full range. 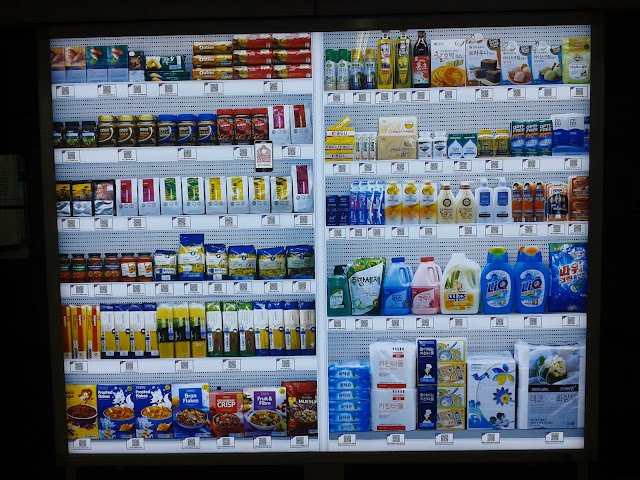 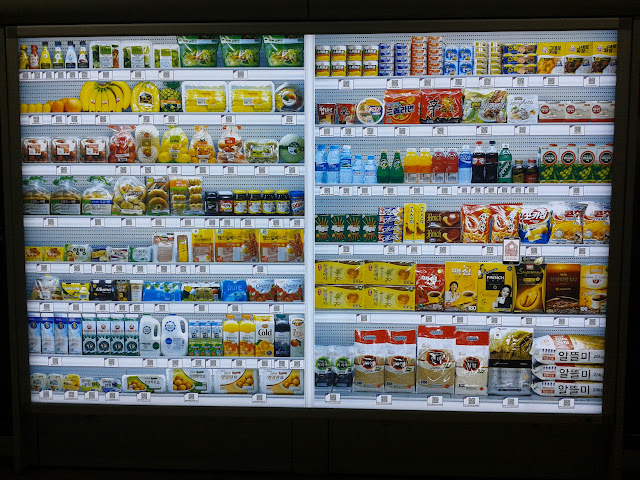 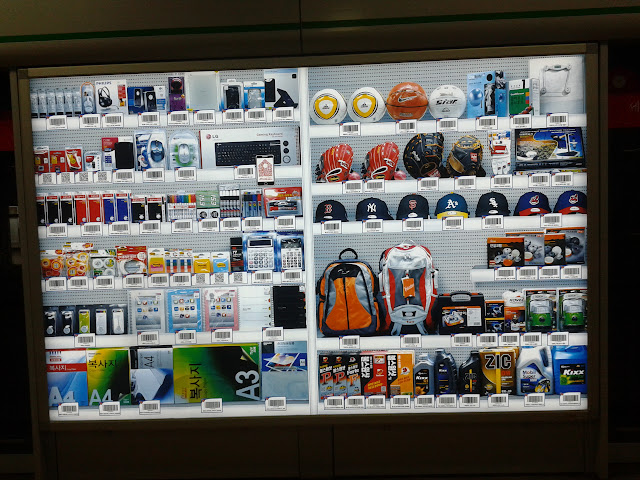 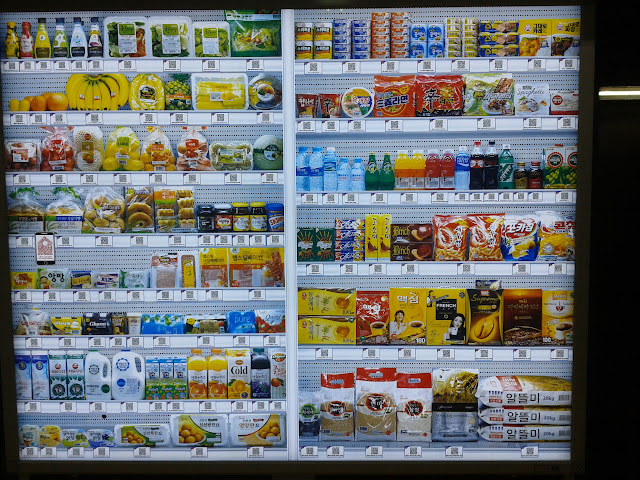 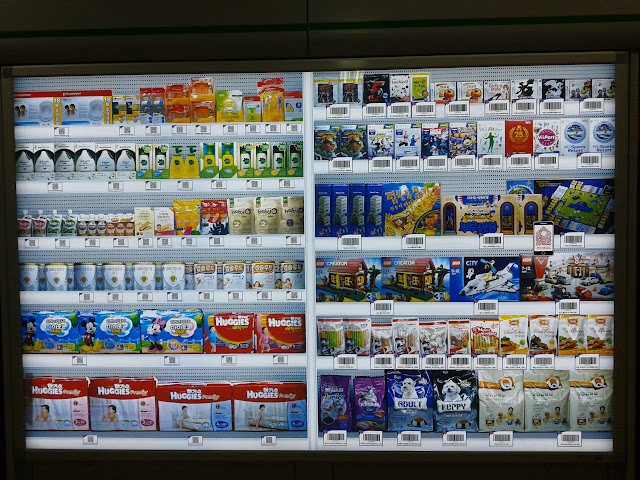 Now about the impressions of the author.
1) I liked the idea
2) For 30-40 minutes spent taking photos, no purchases were made (Sunday three hours a day)
3) My device (Galaxy Player) is not supported by the application.
4) The waiting time in the Seoul metro is really long (at least in comparison with St. Petersburg and Moscow)
5) The choice, of course, is very limited.

In general, it would be interesting to read a financial report about this virtual store.

If you are interested in the topic of Korea, then write in the comments about what I would like to read, if possible throw links.