Did you know that using the law of conservation of energy can be much easier to deliver cargo to the moon, the exchange of masses? 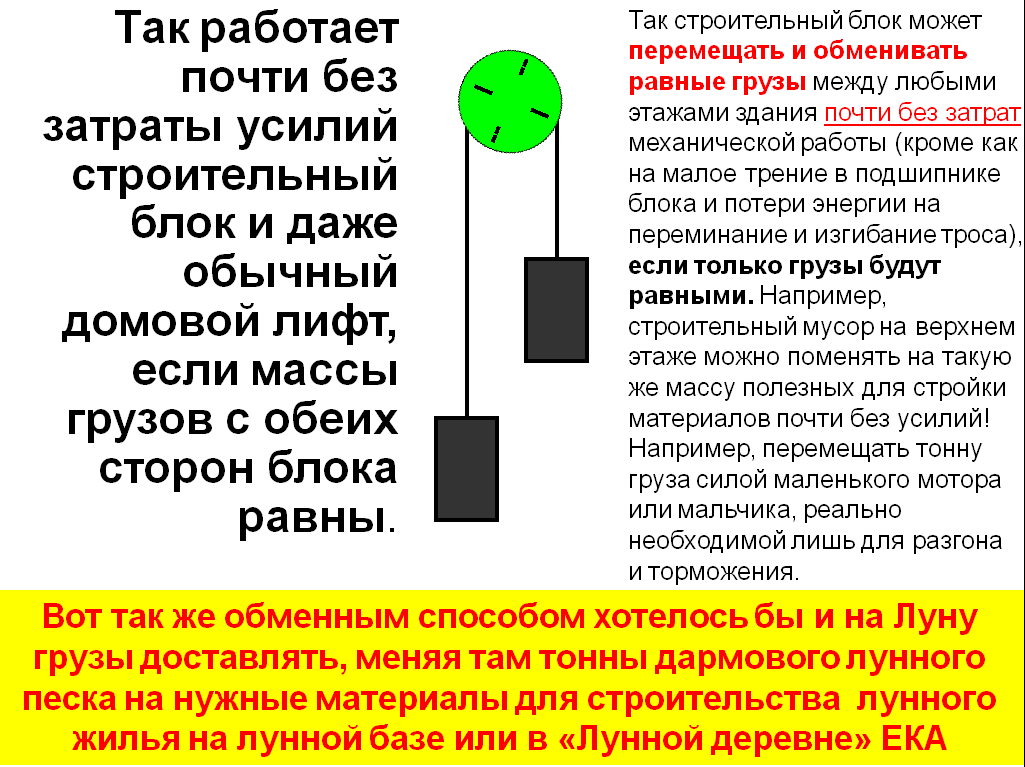 It is a bit like how it is done by the building block: one load is lowered, and the other, equal in mass, is lifted. Only for this you will not need a cable with a length of 380 thousand km! 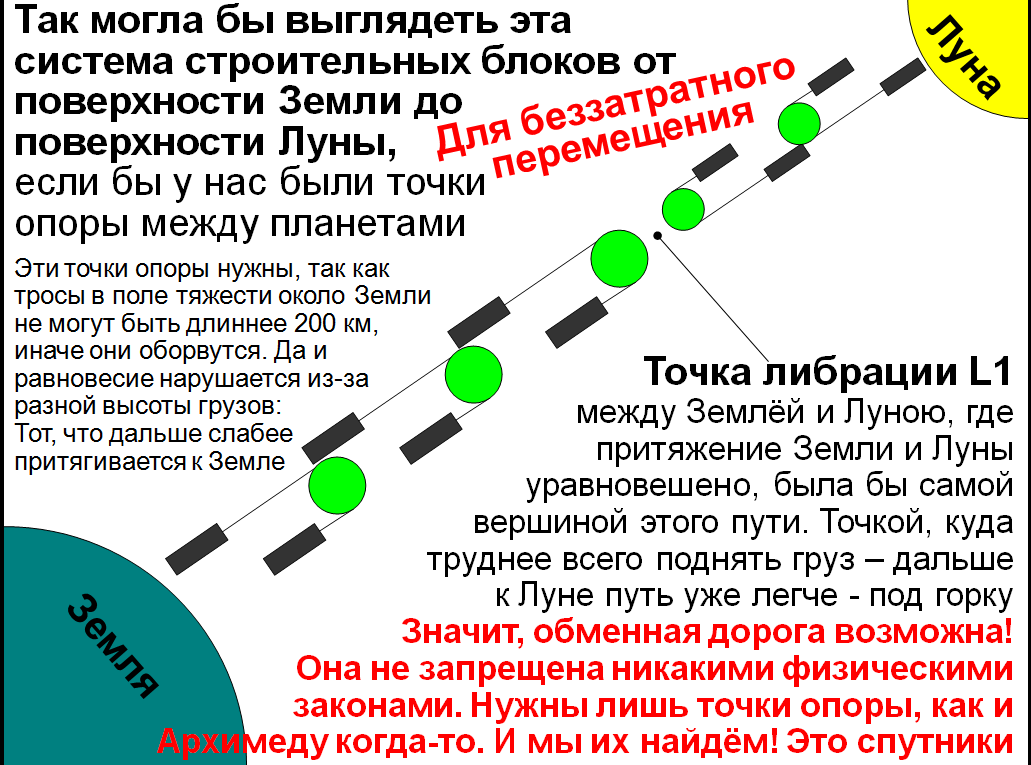 Yes, and 36 thousand km to the GSO as a space elevator Artsutanova-Clark, too, since such unreal structures we do not need. Although it is clear that it was on two such elevators (the lunar and the terrestrial) that it would be possible, using the law of energy conservation, it is much easier to deliver cargo to the moon in exchange for the same mass of lunar soil to be lowered here using energy recovery. But to my great joy, there are no materials for the Earth space elevator, and it is not expected, and I can feel like Columbus of new technologies.

For the time being, we will go into orbit in the old manner of the Mask rockets, for example, Falcon Hevi, but not launched from Cape Canaveral, but from the equator. There, in the equatorial plane, the orbits of our satellites and sling will not precess due to the flattening of the Earth, therefore they will remain in one plane, which will allow our satellites to move from one orbit to another using exchange sashes.