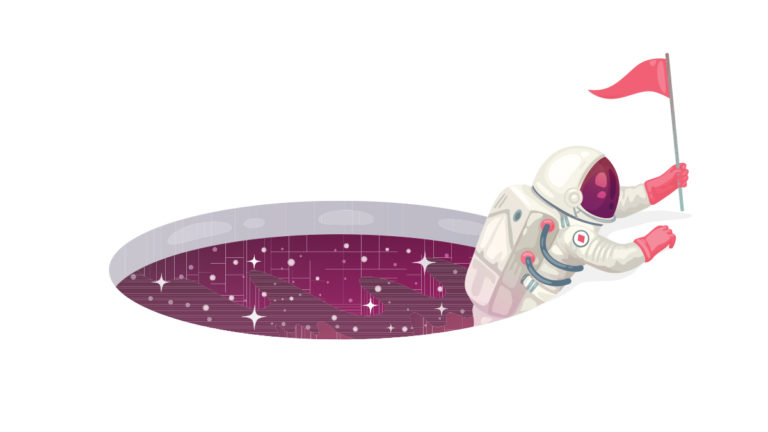 In his introduction to the book Working , the landmark oral history of the work of 1974, Studs Terkel put the meaningfulness on the same level as financial compensation in the motivation of American workers. “Work is a search for daily meaning as well as a search for daily livelihood; it is needed for recognition as well as cash, for surprise, not indifference,” he wrote. Among the handful of lucky people he met, enjoying their work, Terkel noticed a general trend: they valued "the meaningfulness of work above the reward received from wages."

More than 40 years have passed, and whole mountains of research have supported the statement that American workers are expecting something more interesting than their salary in response to their work. Current compensation levelsweakly correlated with job satisfaction. Conversely, since 2005, the importance of meaningfulness in the choice of work has been constantly growing . “Meaning is new money,” as stated in an article in HBR in 2011. Why isn’t the number of companies taking concrete steps to focus their culture on creating meaning?

Until now, business leaders lack two key pieces of information needed to take some action related to the fact that having meaning increases productivity. First, any business depends on the ability to turn meaning, as an abstraction, into money. How much does meaningful work cost? How justified is investment in this area with estimated income? Second: what can companies really do to grow their meaning?

We at BetterUp decided to find answers to these questions, following our research on loneliness at work. Our report " The meaning and goals at work"describes a sense of meaningfulness of work among 2,285 American professionals in 26 industries and at different levels of wages, company size and demography. And the price of meaningful work assigned by employees surprised us all.

Our first goal was to understand how widespread the view is about the monetary value of meaningful work. We found that more than 9 out of 10 employees are willing to exchange the percentage of their savings for an increase in the meaningfulness of their work. Employees of all ages and salary groups want to work meaningfully so much that they are willing to pay for it.

Then it turns out that a trillion dollar question will be the following: how much does the meaning for a particular employee cost? If you could find a job that offered you a sense of meaning, what part of your salary would you be willing to part with? We asked such a question to more than 2000 respondents. On average, respondents said they were ready to part with 23% of all future savings in their entire lives, in order to have a job that does not lose its meaning. This value supports one of the discoveries of Sean, which he made at the Conference for Women conference. Interviewing participants, he learned that almost 80% of them would prefer to have a boss who cares that they can find meaning and success in their work than get an increase of 20%. To understand this value, compare it with 21% of the income that Americans spend on housing. If we consider that people are ready to spend more on meaningful work than on a roof over their heads, it’s time to update the list of necessary things for the 21st century: “food, clothing, shelter, and meaningful work”.

The second question was: how valuable is meaningful work for the organization? We found that employees with very meaningful work spend an hour more time at work, and take two days less paid vacation a year. In terms of a simple number of working people / hours, organizations get more from employees who find more meaning in their work. More importantly, workers who consider work meaningful receive much more job satisfaction, which, as is well known, correlates with increased efficiency. Based on an established relationshipworking satisfaction, we estimate that meaningful work creates additional income of $ 9,078 per person per year.

Additional value for the organization is to preserve talent. We found that employees who consider work meaningful are likely to be 69% less likely to quit in the next 6 months, and their length of service is 7.4 months on average more than that of employees who do not find a meaning in their work. Translating this into a result, we estimate that companies save an average of $ 6.43 million per turnover for every 10,000 employees, when all employees of the company consider the work meaningful.

This gap represents both a challenge and an opportunity for employers. The best workers can demand everything, anything, including meaningfulness from work, and leave if they do not receive it. Employers must respond to the situation or they will lose their talents and productivity. Creating meaning in the workplace is no longer a pleasant addition, but a necessity.

Among the recommendations we offer, there are three critical ones:

Workers experiencing strong social support at work find more meaning in it. Also, such workers are 47% better in assessing the meaningfulness of work than those who believe that social support is poorly organized in their workplace. The feeling of a common, collective goal, appearing in the strongest corporate cultures, adds strong support to the meaningfulness of the workplace. For workers who feel social support and a goal shared by their colleagues, the average risk of turnover is reduced by 24%, and the probability of getting an increase increases by 30% compared to workers who experience social support but do not feel a common goal with others.

Strengthen social connections and common goalshelp simple tactics. Direct talk about the meaningfulness of work is an important part of social support. Organizations can encourage managers to talk about what aspects of their work they consider meaningful and share their opinions with employees. Also, managers can, at regular meetings, clearly pronounce the links between current projects and the overall goal of the company. It will be easier for employees to see the meaning in their work, when the goals of the project their teams are woven into a larger company vision.

It may be necessary to train managers and encourage these actions to adopt such habits, but they can provide serious support in building a collective goal within and between teams.

As shown in Sean's Big Potential [ Big Potential], social support is also a major indicator of overall job satisfaction and success. His recent research has shown that such support outside the workplace leads to important professional results, such as promotions.

Turn every employee into a knowledge worker

In our study, we found that knowledge workers find more sense in work than others, and that they especially strongly extract the meaningfulness of work from professional growth. Also, knowledge workers are more easily inspired by the vision their organization seeks, and welcome the opportunity to work for the good of others.

Studies show that any work becomes mental work, if workers are given a chance. This is good news for companies and employees. When workers consider their work to be mental work, it makes more sense.

Each employee can win if he is more strongly addressed to the creative component of his role. Offer employees the opportunity to be creative in their work, share knowledge, create a sense of participation in their workflow management.

Often, people working "on the front lines" (salespeople, workers of the conveyor) can offer valuable ideas for improving operations. Involving employees through feedback can seriously affect their sense of meaningful work and improve workflows. In the studywhere they studied workers at the entry-level steel plant, it turned out that when managers did everything to use the workers' special knowledge and creative solutions to work problems, equipment uptime increased by 3.5%, which increased the company's annual profits by $ 1.2 million.

Coaching and mentoring are valuable tools that can help workers of all levels and varieties find inspiration in their work. This role can be played by managers trained in coaching techniques and concentrating on supporting creative endeavors and involvement in the process.

The general principle is that personal growth — the ability to reach new creative heights that go beyond professional growth — feeds a sense of meaningfulness of work. Work occupies a central place in our time and in our thoughts, and in response we expect to find some personal value in these attempts. Managers and organizations wishing to maintain a sense of meaningfulness should proactively support the search for personal growth and development methods for their employees, in parallel with more traditional professional development opportunities.

Maintain meaning multipliers at all levels.

Use employees who see more meaning in their work as multipliers of meaningfulness in the organization. For example, reduce mentors from positions that are highly meaningful with other people so that they can share their views on what makes their work meaningful to them. Provide mentoring for young workers. Less educated workers — more likely to work “on the front lines” - can have valuable ideas for improving processes. These are the first candidates for coaching, which will help them find a way to treat themselves as knowledge workers who contribute to the success of the company.

The old work contracts between the employer and the employee — the simple exchange of money for labor — are outdated; perhaps they were outdated in the days of Terkel. Today, there is a new order in which people demand meaning from work, and in return, they give more and deeper participation in the life of organizations that provide it. They do not just hope that their work will be meaningful, they expect it - and are willing to pay well for it.

Meaningful work has only advantages. Employees work harder, quit less often, are attracted to supporting working cultures that help them grow. The value of meaningfulness for employees and organizations entirely waits until it is adopted by organizations ready to act.