The forgotten art of bending: as in other cultures cherish the spine 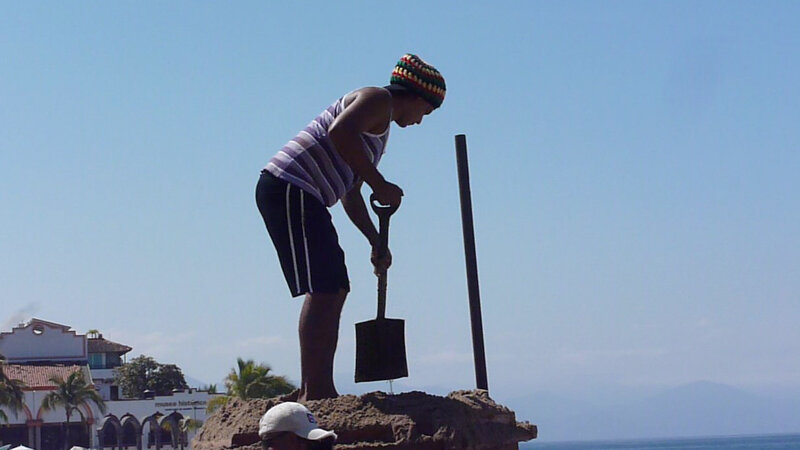 To find out if you are bending down, do a simple experiment.

“Stand up and put your hands on your waist,” says Gene Couch , who has been helping people get rid of back pain for 25 years in her studio in Palo Alto. “Now imagine that I dropped a feather under your feet and ask you to pick it up,” says Couch. “At that moment, usually everyone bows their heads and looks down.”

This look bends the spine and sends a signal to the stomach to cringe a little. “You’ve already started to bend the wrong way — you’re bending at the waist,” says Couch. “Almost everyone in the USA bends at the abdomen level.”

In the process, our backs draw the letter "C" - or, as Couch says, "We become like cashews." In other words, when we bend, we become like nuts. But in many other parts of the world, people do not look like nuts when bent. There you can see something completely different.

I first noticed this mysterious style of bending in 2014, working on the topic of the Ebola outbreak. We drove through the dirt road through the jungles of Liberia, and occasionally drove past women working in the garden. Women had characteristic silhouettes — they bent almost straight back. But they did not squat with a vertical back - their backs were parallel to the ground. They looked like a table.

When I returned home, I began to notice this “table” when bending in photographs from all over the world — an old woman planting rice in Madagascar, a Maya woman standing in a bent position in the market of Guatemala, women collecting grass in northern India. Such bending seemed typical of many places, except Western communities.

“Anthropologists for many years have noticed what you are talking about,” says Stuart McGilfrom the University of Waterloo in Ontario, who has been studying spine biomechanics for more than thirty years. - This is called thigh rotation. And I’ve been trying to prove my whole career that this way of bending is better than ours. ”

"Table" bending against bending in the form of C

When you rotate in the hips, your spine remains in a neutral position, and your hips and legs support your body weight. When you bend at the waist, your back bends and loads the spine. 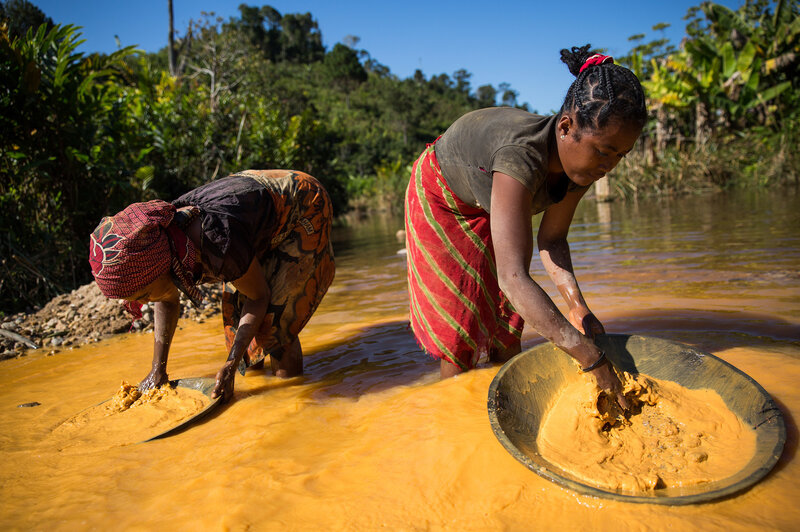 To begin, McGill says, this “spares the spine.”

When people bend, take the form of cashews - as we often do - they flex the spine. "This puts more pressure on the intervertebral discs"Says McGill. The disks are small collagen rings located between the vertebrae that form the articulation. But they are not intended for active movement. “Their mechanical characteristics are more like cloth,” says McGill. “If you take a cloth, bend it and pull it, then its fibers will gradually begin to weaken and stratify,” he says.


Over time, the fabric becomes disordered - there are risks of bulging of the disc or the appearance of back pain. And if you bend in the hips, the spine remains in a neutral position. Flexion occurs in the joints of the thighs intended for movement. “The articulations in the hips are a ball and a nest,” says McGill. “They are designed for maximum movement and great muscular strength.” In other words, your shoes are designed to walk and hips to flex.

“Flexing the hips relieves tension in the back muscles,” says Lisa Shapiro , who studies the movements of primates at the University of Texas at Austin. “The hamstrings work instead.” By “work” is meant stretching.

“Yes, in order to bend correctly in the hips, you need to stretch your hamstrings,” says Shapiro. “If your tendons harden, they won't let you easily bend down this way.”

Hard tendons are very common in the United States, Kennedy said. This is perhaps one of the reasons why hip flexion has disappeared from our culture — inelastic tendons hinder our ability to bend properly.

But such bending is not completely lost from our culture, says Shapiro. "I saw how it was recommended on the site for gardeners, and many sites on yoga also recommend this method of bending."

Such bending occurs in various sports. People with big weights call it a deadweight. Baseball players use it when working with bat. Tennis star Rafael Nadal uses it when playing. In American football, players crouch, bending in their hips, on the draw line. Infants up to three years old flex well in the hips. They have not yet learned from their parents to bend like cashews.

Doctors do not know yet whether hip flexion will prevent back pain or injury, says Dr. DJ Kennedy, back specialist from Stanford University, former bodybuilder. “We did not carry out randomization tests in which people would lift objects hundreds of times and study the body’s response to flexing the hips,” Kennedy says. Although he, as he says, is trying to bend in the hips as often as possible. “I think it intuitively seems right, just based on the work of the spine,” he says. “So I try very hard to do that.”

So how do you perform this mysterious flexion? At the Jean Couch Balance Center, she tells me a secret: find your fig leaf. “Stand up, set your legs 30 cm apart,” she says. “Now, where would you put your fig leaf on the place of Adam from the Bible?”

“Um, on your pubic bone?” I reply, embarrassed.

“Exactly,” says Cauch. “Now put your hand in there, on your fig leaf.” Bending, you need to let this leaf - your pubic bone - pass between your legs. It moves down and back. "

I try. I put my hand on the pubic bone, where there should be a fig leaf. I bend my legs a bit, let the leaf pass between them. A crease forms at the top of the legs, and my back leans like a flat table.

“Now you use large muscles of the hips, for example, the gluteal muscles, to support the entire body weight, instead of tiny muscles of the back,” said Jenn Scherer, co-owner of the Balance Center.

She's right. My back is relaxing and my hamstrings stretch. And how tense they are! “Wow, my tendons stretch madly,” I scream, standing bent in the manner of the table. “Yes,” laughs Kouch. “That's why we call this exercise the best stretching of the hamstrings in the world.” It happens that some people like bending so much that they don’t want to unbend later. ”